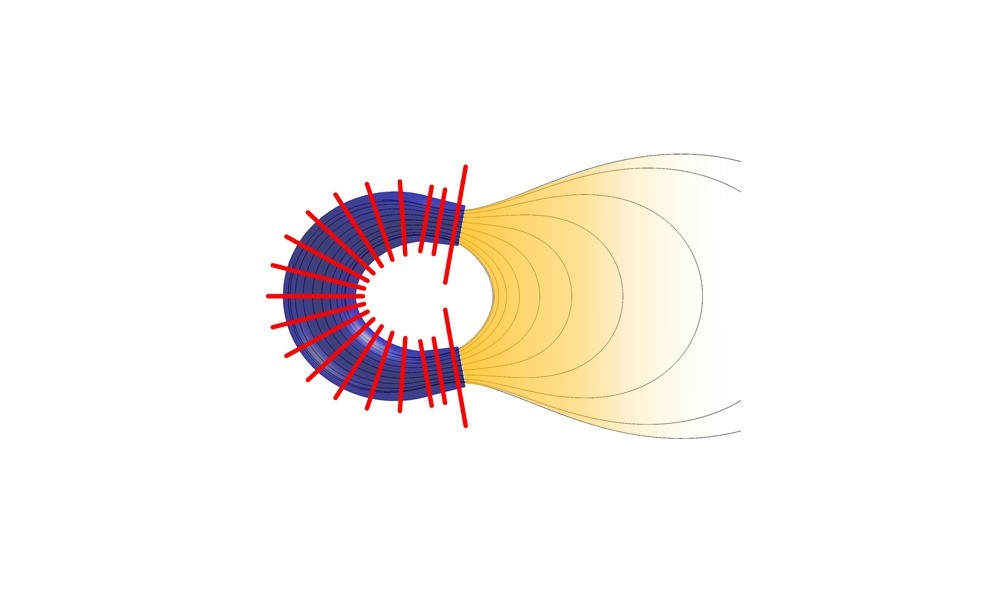 Researchers at Universidad Carlos III de Madrid (UC3M) have patented a new spatial plasma-fueled engine capable of satellite and spacecraft propulsion, with magnetic field geometry and configuration that would minimize losses on walls and their erosion, thereby resolving issues of efficiency, durability, and operating restrictions of engines that are currently in orbit.

The plasma engines of today consume less propellant than chemical combustion rockets, enabling them to carry out lighter space missions, and as such, less costly ones. However, there have complexity and durability problems: in order to operate they need metallic electrodes in contact with the plasma, which over time erode to the point that the device stops working. “This limits its efficiency and flexibility, since modifying the point of operation without affecting the electrodes is very complex,” explained Mario Merino, researcher from the UC3M Department of Bioengineering and Aerospace Engineering.

Recently a new family of electrodeless plasma engines has been designed to solve part of these problems.  Nevertheless, as an incipient technology, it brings some other issues with it. “These engines have a cylindrical ionization chamber that is open on one side, where the plasma accelerates due to an applied magnetic field. The drawback is that the magnetic field also thrusts part of the plasma against the back wall of the ionization chamber, leading to losses in efficiency,” Merino pointed out.

The new engine patented by UC3M solves this problem by modifying its design: instead of having a cylindrical chamber, it has a U-shaped ionization chamber and a magnetic field designed in concordance with it, which would minimize the losses of plasma on walls.  “The two sides of the "U" expel streams of plasma in a shape we have baptized as a “dual magnetic nozzle”, Merino continued.

This engine would resolve the efficiency and durability problems of the space engines that currently exist, and would provide greater flexibility to the mission by deflecting the plasma stream magnetically, without the need to use mobile parts. Additionally, it would meet the needs for propulsion in carrying out space missions in different earth orbits, such as that of the Moon, or Mars, in a less costly, more efficient and durable way.