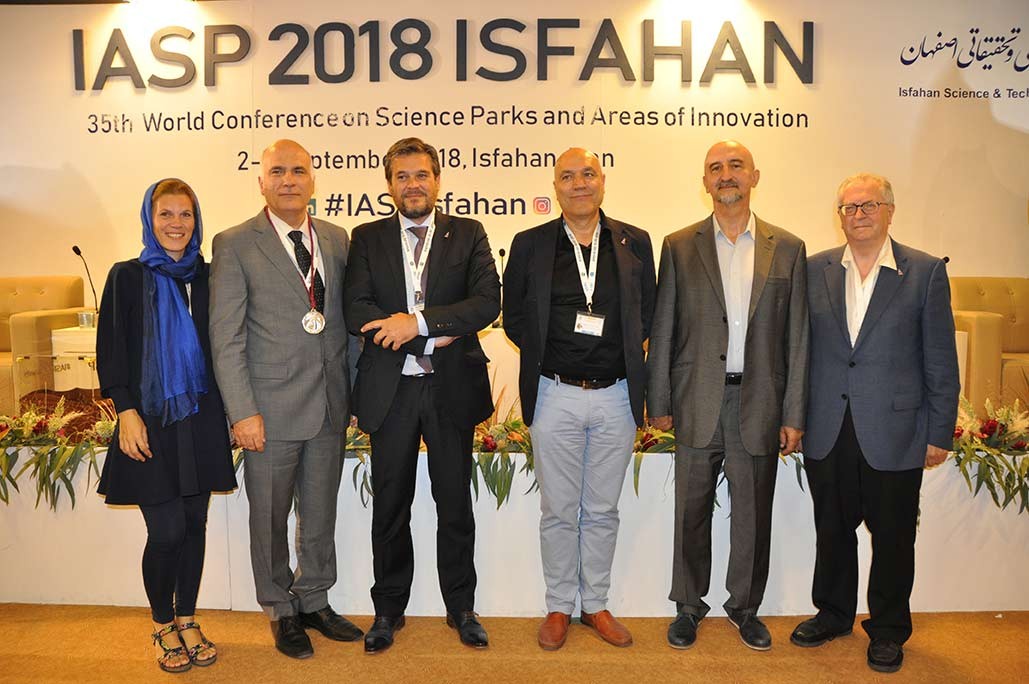 Seville's candidature, led by the Cartuja Science and Technology Park (PCT Cartuja), has been chosen by the General Assembly of the International Association of Science and Technology Parks and Areas of Innovation (IASP) as the venue for its 37th International Conference in 2020. This is the first time that an Andalusian city will host the IASP reference event, which could bring together more than 1,000 PCT delegates from some 70 countries around the world.

The election of Seville took place during the 35th International Conference of the IASP, which is being held these days (2-5 September) in lsfahan (Iran). The PCT Cartuja was a finalist to host this event together with the Ljubljana Technology Park (Slovenia) and the Monterrey Technology Research and Innovation Park (Mexico). Next year (36th edition) the host city will be Nantes (France), with Atlanpole Park at the forefront.

The last IASP International Conferences held in Spain were in Bilbao (2001) and Barcelona (2007). Last year it was held in Istanbul (Turkey) and the previous year in Moscow (Russia).

The International Association of Science and Technology Parks and Innovation Areas has over 400 members from 77 countries. Together they total 142,000 companies. Its headquarters are in Malaga. The PCT Cartuja, an entity dependent on the Department of Employment, Enterprise and Trade of the Regional Government of Andalusia and a member of both the Spanish Association of Science and Technology Parks (APTE) and the IASP, has more than 440 companies, which generate direct employment for close to 17,000 workers and economic activity of some 2,000 million euros.

The candidacy of Seville has had the support of both the APTE and the Seville City Council and the Spanish Embassy in Iran.