The creation of the first science and technology parks took place by the great development undergone by the technologies of the information in second half of century XX. The paradigm of the parks is without doubt the Valley Silicone in California.

The success of the first projects caused that the model moved to all the places of the world. At the moment several thousand of parks lay out all the world-wide geography and Spain is without doubt one of the most representative countries of the world in the development of these projects.

The importance of the Spanish science parks and technology is in which they concentrate the private R&D of the regions where they are located, perhaps excepting the cases of Madrid and Barcelona and are encounter places between science and company. For this reason, one of the great objectives facing the future of the parks is to obtain that encounter is translated in a greater investment in mainly private R+D.

In addition, the Parks play a role of very remarkable interface, accelerating the processes of transference of technology between the diverse agents of the System and making possible the creation and the fast growth of new technology based company and research centers, key pieces to obtain the wished technological convergence with Europe of our national system of Innovation.

Making a review by history of the Spanish science and technology parks, we have three stages:

Between 1985 and 1992 eight technology parks promoted by the autonomous regions are created in Spain. The investment in these eight projects surpassed the 300 million Euros and in their development the universities did not participate initially. On the other hand, at those moments the Spanish SMEs did not have interest by the technological development. With respect to the typology of the first parks, initially much interest in the projects of urbanization and little in the construction of buildings was put. Nevertheless, the interest by the creation of buildings made increase the presence of the companies. One was a new type of enterprise location where the care of the image was fundamental as well as the respect by the green zones. The place also was chosen strategically, that is to say, it looked for the proximity an airport and excellent communications.

From 1993 they appear new initiatives connecting with other promoters beyond the strictly autonomic model like for example the Zona Franca de Vigo. During these years the regional map of the País Vasco is completed and the Balear government promotes the Parque Balear de Innovación Tecnológica (PARCBIT). In 1995, the universities begin to be interested in the technology parks and begin to arise parks from scope more scientist. At the moment, 23 universities are developing science and technology parks.

From 1998 a great economic growth takes place due to the development of the Society of the Information and a new model of park is created: The Science Parks.

On the other hand, in the last years, the independent communities are playing a very important role in the creation of parks and its fortification. For this reason, it is arising numerous networks from parks in the Independent Communities.

Autonomous regions were the pioneers at the time of betting by the parks and thanks to them the first parks were created between half-full of the 80 and principles of the 90.

They were the promoters of these parks and have caused that the economic panorama changes completely in its regions with the creation of these new spaces.

Fruit of the positive results of the installation of a park in a determined zone, has appeared another type of promoters: the city councils, universities or even private companies.

During the starting phase of the history of the parks, the Association of Science and Technology Parks of Spain is created and is located in the Parque Tecnológico de Andalucía.

It is constituted in 1989 by the managers of the 6 first parks that arose in Spain.

Since its constitution 28 years ago, the Association of Science ant Technology Parks of Spain has always worked with a clear objective: to convert science and technology parks into key elements of the Spanish innovation system.

To do so, the Association has development an extensive system of networks, each of which has different objectives but with the same common outlook. In this sense, the APTE has a network of experienced parks managers, another which works with professionals involved in technology transfer among these parks and their companies, and another managed by APTE´s office of technology transfer (OTRI) responsible for establishing contacts between the scientific world and business community and which works in close collaboration with professionals in the Parks.

Through these three networks we have installed an ingenious innovation system in the Parks transforming knowledge into wealth, and knowledge: 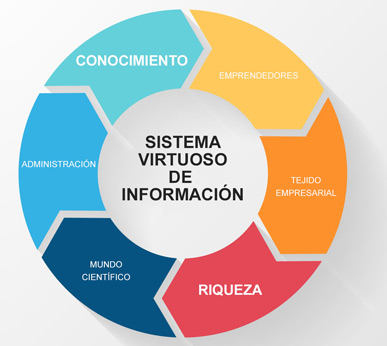 Over these 28 years of experience we have helped bring about a boom in the creation of Technology Parks in Spain. It has been demonstrated that the construction of a technology park in a region gives a major boost to the local economy, and that is why 17 autonomous regions already have at least one Technology park.

This boost generally means an increase in the number of jobs (the majority of which are highly skilled), improvements in the quality of the same, revitalisation of business sectors, attraction of capital, creation of technology – base companies, increase investments in Research and Development (R&D), a general diversification of the economy and the development of a network of service companies for the Park which radically changes the initial structure of the local economy.